How is Coaching Different from Other Interventions? 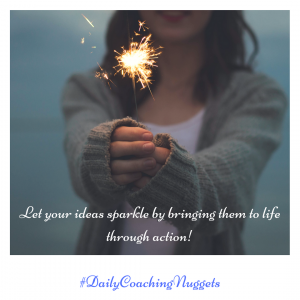 We frequently get asked whether coaching is similar to mentoring, counseling or other forms or “therapy”. The quick answer is, No, it isn’t.

Coaching is different from other interventions as its focus, relationship, agenda and skills are unique. According to the Co-Active Coaching technique, true coaching is about discovery, awareness and choice. The focus is on setting goals, creating outcomes and managing personal or professional change. So the reason that people use coaching over other interventions is because the purpose of their engagement is unique.

Whereas therapy looks at a person’s dysfunction or aims for healing something that has been broken, coaching is focused on the growth of the individual by exploration of their strengths, values and beliefs and engaging in self-initiated change and ownership of their choices. Of course, therapy has its place in assisting individuals that need this kind of intervention and is best suited to those that, for instance, may have a trauma or psychological issue that needs attention. Coaching, on the other hand, is for those that are able to take action, be accountable and follow through on their commitments to themselves.

Similarly, other interventions like consulting are focused on a certain expertise where the consultant can diagnose a problem and prescribe solutions that the consultant sees fit. Coaching is different in that it implores the client to generate their own solutions through applying various techniques.  The coachee develops and becomes more aware of his/her strengths during the coaching process that he/she can prescribe solutions and engage in actions that were previously thought of as either impossible or not even in the realm of possibility. This generates a sense of ownership on the individual and also a sense of empowerment in their abilities to handle their lives in an independent way by using skills that they might not have known existed.

This difference is well described in the Co-Active Coaching technique where the coach is described as seeing their client as naturally creative, resourceful and whole. This then means that the coach is able to curiously seek answers from the client and know that they can access the answers that they need through the different techniques available in the coaching process. The coach also then needs skills that allow them to listen to the individual’s words as well as their beliefs, underlying values and assist them in creating a transformative breakthrough. Yes, there is some education involved in coaching as the coach does create awareness in the client so that the latter may become skillful in creating his/her own desired results.

Coaching also differs from mentoring as a mentor is an expert who provides wisdom and guidance based on his or her own experience. The mentoring process may include advising and counselling while the coaching process focuses on individuals or groups setting and reaching their own objectives and does not involve counselling or advising 619 roofing. The coach focuses on the client’s agenda. By focusing on the client and seeing them as whole, the coach ensures that he/she does not influence the client’s agenda or try to change it. The relationship of a coach and client is a professional one, which uses the coaching process to clarify and achieve the client’s agenda.

Therefore, coaching is different to most other interventions as it empowers the individual and it focuses on sustained change so that the person being coached becomes independent and productive without being dependent on anyone to TELL him/her what to do – be it a coach, mentor, consultant or counselor.